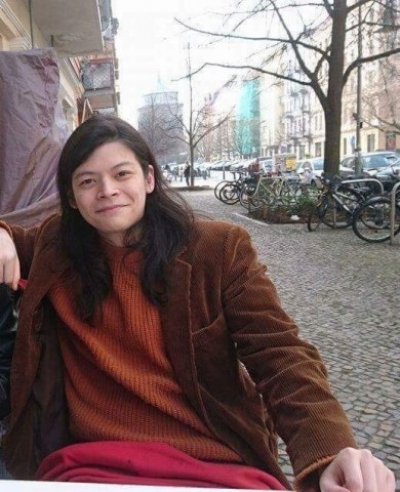 18. Carolina-Duke student Tako Takamura, currently in his sixth year of the program and working on his dissertation with Dr. Gabriel Trop (UNC Chapel Hill) and Dr. Stefani Engelstein (Duke), won an honorable mention in the GSA prize competition for Best Essay in German Studies by a Graduate Student. We have asked Tako to share a few words about his essay:

I’m very glad to have received an honorary mention at the German Studies Association for my essay “Answering Egoism: Tieck’s Alternative Theory of Romantic Irony.” When it comes to Romanticism, there is probably no single topic so well-covered as that of Romantic irony. This is almost always from the perspective of Friedrich Schlegel, the first among the Early Romantics to assert such a thing as metaphysical irony. Schlegel’s irony represents a constant change of perspective between states self-creative and self-destructive, active and passive. To be ironic, then, means to oscillate between these poles.

I nevertheless discover in Ludwig Tieck’s novel William Lovell a different form of Romantic irony that calls attention to the dangers of self-creative moments. Such moments represent our activity in the world, but Tieck shows that these moments are always tied to egoistic self-interest. His irony ultimately tries to warn about containing such moments for the sake of ethics and otherness.

My essay on Tieck forms a larger part of my dissertation Anti-Titans: Egoism in German Romanticism, which analyzes Romantic and German Idealist worries regarding narcissism and solipsism.