The Writing of Spirit 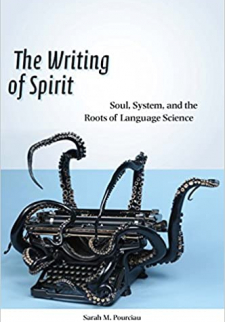 Contemporary thought has been profoundly shaped by the early-twentieth-century turn toward synchronic models of explanation, which analyze phenomena as they appear at a single moment, rather than diachronically as they develop through time. But the relationship between time and system remains unexplained by the standard account of this shift. Through a new history of systematic thinking across the humanities and sciences, The Writing of Spirit argues that nineteenth-century historicism wasn’t simply replaced by a more modern synchronic perspective. The structuralist revolution consisted rather in a turn toward time’s absolutely minimal conditions, and thus also toward a new theory of diachrony.

Pourciau arrives at this surprising and powerful conclusion through an analysis of language-scientific theories over the course of two centuries, associated with thinkers from Jacob Grimm and Richard Wagner to the Russian Futurists, in domains as disparate as historical linguistics, phonology, acoustics, opera theory, philosophy, poetics, and psychology. The result is a novel contribution to a pressing contemporary question—namely, what role history should play in the interpretation of the present.