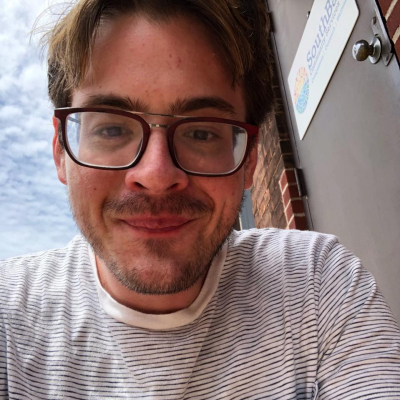 Carolina-Duke student Tim Ellison has won the German Quarterly Graduate Student Paper Award for his Writing Proficiency Review essay, “Historical Rhapsody: Citation and Pseudo-Citation in Herder’s Auch eine Philosophie der Geschichte zur Bildung der Menschheit”. His WPR essay will also be published as an article in the German Quarterly. Previously, Tim has also been awarded the Ria Stambaugh-Frank Borchardt Award for the Best Writing Proficiency Review Essay for the 2021-22 academic year. We have asked Tim to share some words about this essay:

This paper began in a seminar on political theory. We were asked to read Herder’s “This Too a Philosophy of History...” and, understandably, to extract positive claims and arguments from Herder’s text. But I found myself getting lost in Herder’s strange rhetorical moves and syntactical oddities. There was something in particular I noticed that bothered me: there were a lot of citations in Herder’s text that appeared to have no identifiable source. Research into these citations left me empty-handed. I began to think of these phantom citations as “pseudo-citations,” in which the fiction of quotations marks created the illusion that Herder was drawing from actual sources. As I worked on the piece, I began to focus not just on pseudo-citations, but on Herder’s citational practice as a whole. It seemed to me that some of Herder’s citations gave the text a dialogical, polyvocal quality. Perhaps one of the reasons for including so many citations was to perform within the text a view of history as itself polyvocal. I decided to call some of Herder’s citations “prosopopoeiac” insofar as they allow Herder to summon the voices of others and to weave those voices into his text. I argued this by close reading a small fraction of Herder’s citations, particularly ones he manipulated or altered. I hope to convey in the paper the fruitfulness of a rhetorical approach to reading, an approach that is sometimes skirted or ignored by Herder scholars.

This paper would never have turned into an article were it not for the rigorous WPR advising process. My advisors—Stefani Engelstein, Aleks Prica, and Henry Pickford—pushed me to articulate my ideas more clearly and to create a more focused piece. I thank all of them very much for their help.